History of the Site

During a storm the concrete sea wall at Bouldnor failed and was breeched, this caused erosion and lead to a landslide of the coastal bank. Five houses sat precariously on the top of the bank.

The survey requirement was for a site survey which should include the houses on top of the bank, the area of landslip, seawall, beach and boat slipway. Unusually, a two metre level grid was to be taken across the landslip area and a 1 metre level grid along the length of the seawall.
Three sections were also taken through the site to show the gradient and position of the landslide together with the shape and level of the seawall.

Two crews were deployed at short notice with two total stations to survey the site. The fieldwork took two full days to complete, mainly due to the level density and the fact that the survey had to be tied to Ordnance Survey National Grid using GPS. The survey was plotted in Autocad and supplied to the engineers who used this survey to devise a solution and to stabilise the slipage. 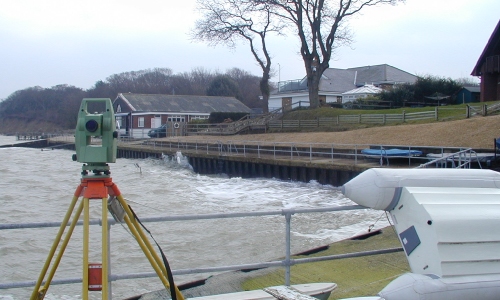 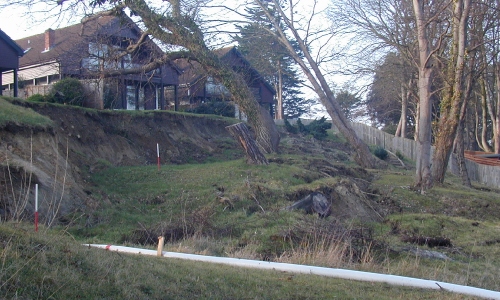 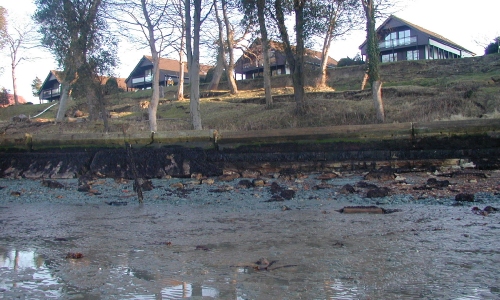