Edward Zouche, 11th Baron of Harringworth commissioned the magnificent Jacobean building in 1605, he died in 1625 when the building was still not finished. It seems possible that there was a building on the site of the Mansion since the 14th century, the original building being adapted and extended to meet the needs of the succession of owners. In 1953 The Home Office bought Bramshill and its 269 acres from (Arthur) Ronald Nall-Cain 2nd Baron Brocket, at which time the newly formed National Police College was operating from Ryton-on-Dunsmore. It needed a more permanent base and so in 1955 it moved to Bramshill becoming the principal Police Staff Establishment in the United Kingdom. As of the 1st April 2007, Bramshill became part of the National Policing Improvement Agency. The NPIA supports the police service by providing expertise in areas such as serious crime analysis, training, operational support and in the development of new policing technologies and skills.

The approach to the Grade 1 Listed Mansion is from the south west, the front of the building boasts an impressive elevation with a one storey loggia entrance and two wings added in the 18th century. Within the building there are two chapels, a Great Hall, Drawing Rooms, a Morning Room with wall-hung tapestries and many rooms with intricate ceiling details and fine timber panelling. On the outside there is a brick wall surrounding the knot garden to the north east of the building and a terrace which overlooks the sprawling deer park to the south east. Recently the Mansion had fallen into a state of disrepair, the roof had to be rebuilt in places and leadwork replaced, especially in the lightwell area. The intricate details within the building were at danger from the ingress of water.

With the precarious state of the building, a programme of remedial works was actioned where the building would be returned to a state where it was fit for purpose. This required a survey to locate all the building elements, the services and the fine detail. An access suitable for wheelchair users was also to be designed. We were asked to tender for the survey by the project managers, having demonstrated our experience with historic buildings and supplying excellent references from our past clients. After several meetings we won the contract and set about producing floor plans, elevations, sectional elevations, internal elevations and roof timber plans of the Mansion House whilst the building was still in use.

The survey information was required to facilitate the repair and restoration of this spectacular building. A fully observed traverse was run around the building and through each floor with the stations being established in locations suitable for both the site survey and the elevation survey. The topographic, floor plans and elevational surveys were carried out using Leica total station theodolites. The lasers within the total stations enabled points to be surveyed remotely across all the façades and within the building, there had to be minimal disruption to the operation of the Police College. Further measurements were taken with hand held laser distos and steel tape measures.The data captured on site was processed and drawn up in Autocad, the final data was presented in both digital form and paper proof plots. The CAD data was supplied to the architects and project managers who used the information for their design works and also supplied to the NPIA for record purposes and for future alterations. 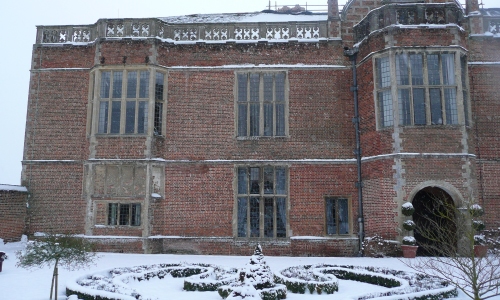 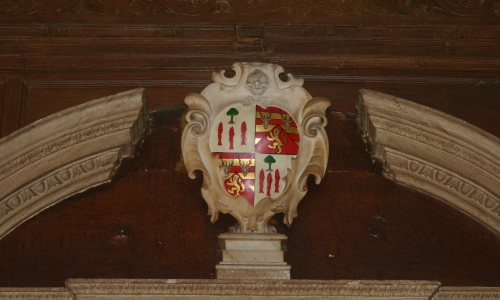 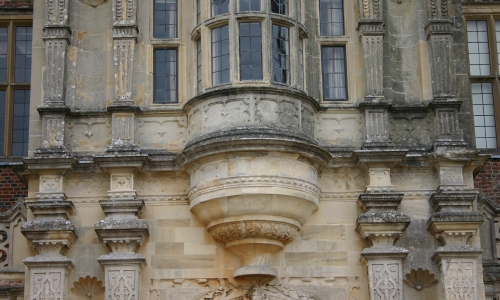