History of the Site

The site is located at the Sloane Square end of King’s Road, Chelsea. Used by the Territorial Army since the turn of the 20th Century, it had prior to that been used as the Royal Military Asylum and then the Duke of York’s Military School, educating Army orphans. As part of the Ministry of Defence’s Strategic Defence Review, it was decided by the MoD and TA to sell the land for sympathetic development. A mix of new shops and flats were proposed to breathe vitality to an area originally behind security railings. A major local landowner was successful in purchasing the site after satisfying their commitment to the residents of Chelsea, and the plans for the development began.

The architects approached us to carry out a topographic survey of the site, and a survey of each of the historic buildings. The site was still being used as an active MoD base whilst the surveys were being carried out, it was therefore essential that a good relationship was built up between our staff and the MoD on site. Knowing where and when we could go into certain areas and who was responsible for those areas made the survey challenging but the project was completed efficiently, on time and without the relationship being compromised.

State of the art total station theodolites were used to traverse around the site. All salient features were shown including buildings on site, buildings adjacent to site, levels, service covers, boundaries, trees, fences and road details. This provided the architect with an invaluable map base onto which he could impose his design scheme. The building surveys consisted of floor plans, elevations and sections of all the buildings on the site. Again theodolites were used and the details infilled with the aid of tape measure and laser distos. Floor levels were taken throughout each building to show their relative vertical position to one another. The final presentation of the surveys was in Autocad DWG drawing format together with paper proof plots.

Realisation of the Project

The Meon Survey Partnership have since carried out further work at the Duke of York’s Headquarters, most recently, a post strip-out survey of the main headquarters building in preparation for its transformation into the new Saatchi Gallery. We have carried out numerous surveys for the architects involved in this project and for the landowner, who has become one of our best clients. 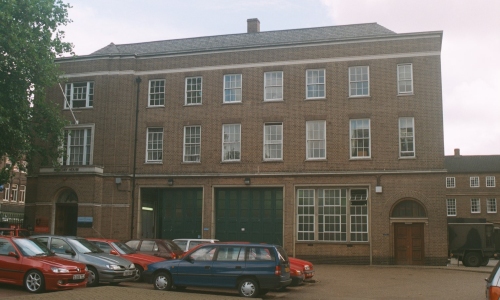 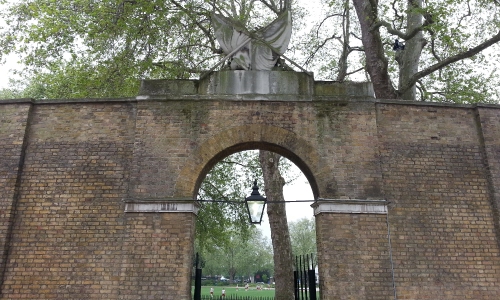