The library was built in 1904 with funds provided by the generosity of Mr Andrew Carnegie, the magnificent building was one of 660 free libraries that the oil and land magnate had built in Britain and Ireland. Opened on 13th October 1904, it was two months short of its 100th anniversary when, on 13th August 2004 a fire destroyed the building and its contents. At a packed meeting held on the 25th August 2004 in St George’s Church, Ramsgate it was announced by the Town Mayor, Cllr Steve Ward that a group was to be formed by local residents to spearhead the rebuilding of the library on its present site.

Ramsgate is riddled with underground tunnels some of which date back to World War One. Cut into chalk, the network was extended at the outbreak of World War Two to provide refuge for up to 26,000 residents, patients and schoolchildren from aircraft bombing raids. The position of some of these tunnels is vague and could pose a problem with the siting of the building foundations.

The initial survey information required was for a topographic survey including the remains of the structure at basement, ground and partial first floor levels. The remains of the four elevations were surveyed, which were held in place by scaffold and shoring. The second stage of the survey was to plot the route and level of the two underground unlined chalk tunnels from their entrance in the basement to the point where they exited under the boundary. This information would then be used to determine the siting and design of foundations.

The topographic survey and elevational survey were carried out using leica total station theodolites. For the tunnel survey confined space training and instruction on using rebreather escape units was undertaken by our staff, a full risk assessment was carried out. A method statement was drawn up and submitted to the client, the local fire department were informed and the survey proceeded under very strict guidelines. Using total stations the route, levels and height of the tunnels were surveyed. These were then plotted in Autocad onto the site survey to show their position relative to the building. 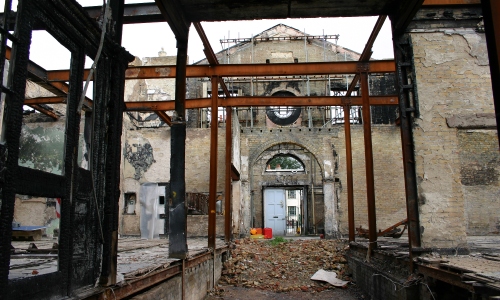 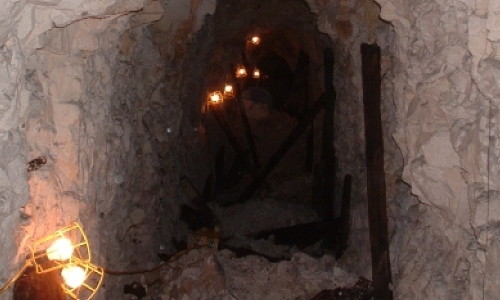 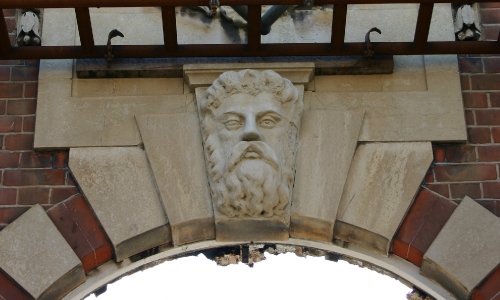